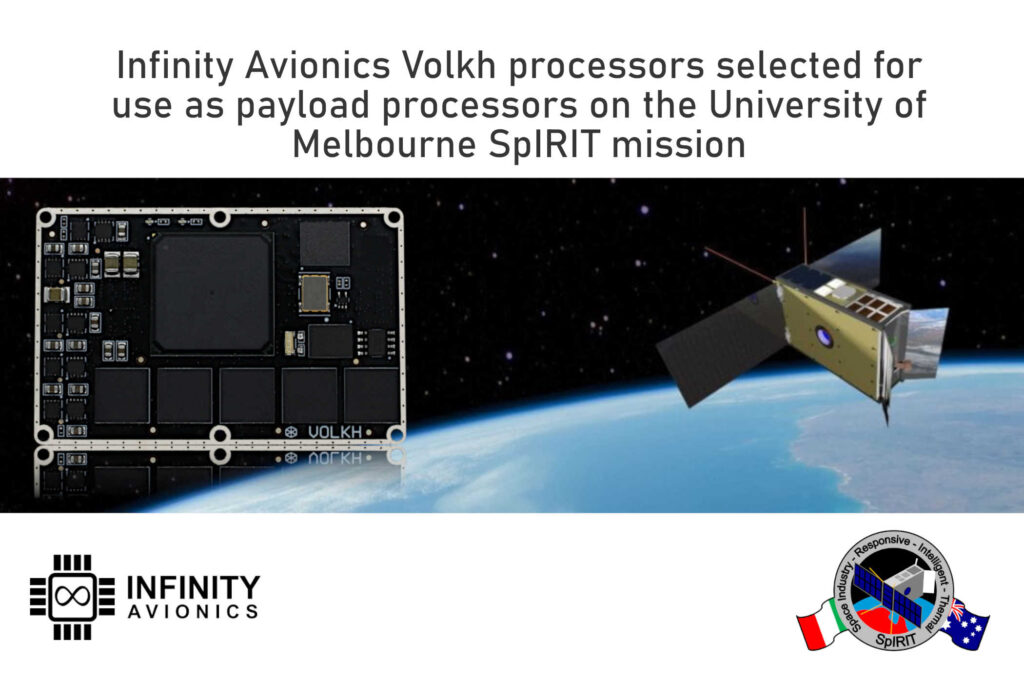 Infinity Avionics provided FPGA based Volkh Processing Platforms to the University of Melbourne. The reconfigurable processors will be used in SpIRIT mission scheduled to be launched in 2022.

University of Melbourne SpIRIT mission will break new ground in high-performance autonomous operations, communications, propulsion and thermal management, and be the first Australian-made spacecraft with a foreign space agency equipment as the main payload, showcasing both the competitiveness of Australia’s space industry, and the synergies evident between different sectors of the industry.

The Volkh processing platforms will be used in two key elements of the SpIRIT payload suite. One Volkh will be the critical main flight computer for the system being developed by University Melbourne for the command and control of the payload suite. The other will be used to operate the University Melbourne developed Mercury payload, an adaptive autonomous low-latency communication experiment that aims to optimise the use of commercial space based mobile satellite services via artificial intelligence techniques.

Infinity Avionics Volkh Processing Platforms are ideal as satellite payload processors, image sensor readout units, and payload-platform interfaces due to its FPGA based design and reconfigurability.